Crestview Students Raise More Than $22,000 for Their School 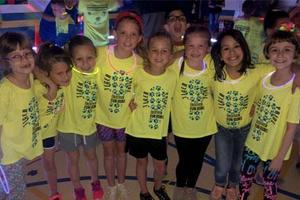 Crestview students contributed to the success of their school in a big way last week by running laps for pledges as part of a school-wide fundraiser.

Crestview students contributed to the success of their school in a big way last week by running laps for pledges as part of a school-wide fundraiser. Because of their teamwork, they raised a record $22,190 for PE equipment including gym mats, jump ropes and other supplies for the program. 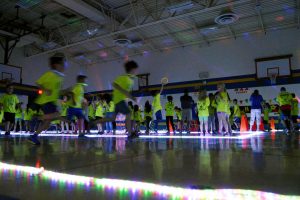 The Crestview PTA hosted the fundraising event through Glow Run Boosterthon which allowed supporters to make pledges for each lap a student ran. Students were encouraged to ask for pledges from family and friends for two weeks, while they watched donations increase each day. Donors could contribute a certain dollar amount per lap, or make a flat donation to the cause.

“We are so proud of each student and their hard work raising money for Crestview,” said Mandy Pettit, PTA member and Glow Run volunteer. “We are so thankful for all the support from family and friends who made this fundraiser a huge success.”

Second grader, Henley Pettit, was the top fundraiser for Crestview with a total of $975. Her supporters pledged a sizeable $27.85 per lap and she ran the maximum 35 laps for her school.

The Glow Run was great experience for Crestview students allowing them to learn about fitness, leadership and character. Their hard work paid off and because of their collaborative spirit, they have a lot to look forward to in PE next year.